NASA Image of the Day

What instantaneous touch creates a whirling world of "when", in an instant?

Blueprint and dogeared, no coda is silenced forever, waiting this still, upon a page.

Posted by Dawn M. Nevills at Wednesday, February 05, 2020 No comments:

And what of war? So many reasons - given, and received - for war, and its "Raison D'Etre":political, tribal, religious, social, financial, ethnic, geopolitical. At the time, so ardent the heart, so urgent the need, so desperate the time.....so quiet, so quick, and so stern the response. So convinced, always, of necessity, of freedom and betterment, (sometimes)rather than glory and glamour, lives are taken, and offered: lives which could have been led; lives which could have been lived; lives which could have been filled with love and laughter, excitement and hope, honourable effort, rewarded in the sensibilities of its results, both tangible and intangible. Alas...sanity and consideration were not enough. Opportunity for lives well-lived were stolen in moments of our worst towards each other....life, in its demands and incessant need, became - and become, for some - too daunting a task, too monotonous a responsibility, too difficult an effort, too frustrating for further discussion, further effort...further hope. The inabilities of those with power to lead in Possibility and Remembrance of wars past, result in the repeated sacrifice and death of the brave, the obedient, the desperate, the ardent, the trusting, and the hands of beauty, creation, shelter and healing, help and new horizons, are reduced to unending pain and hope's ending: we die. What we remember - not celebrate - on this day, is the Great Respect and the Great Gifts of lives which stopped in the midst of striving for the best in our hearts, to stop the terror of never being allowed to know its sweetness, and its grace, its wonder and its awe, for even a moment: no mornings of mist on a mountainside, no quiet evenings of the haunting serenade of a loon's call...no Monet, no sparkling breathless eyes on Christmas morning...no rest and recall, for all the joys of yesteryear. We shall never Forget, and those lives never lived, perhaps, as they might have been, will mean something new, and Real, for those who have yet to realize the privilege of that possibility. We shall Love, in a new, perhaps gentler way, and understand the word, afresh, even as we discover, anew, its complexities, and costs...... ........And War, like Hatred, will know its place - having been thwarted, yet again, by its Master:Love. 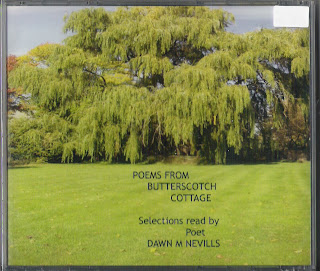 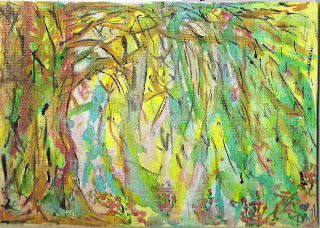 Posted by Dawn M. Nevills at Wednesday, February 05, 2020 No comments:

TESLA ... transporting you into the natural world

What every TESLA owner will probably know and feel, instinctively, but maybe never actually SAY...is that they have tangibly become part of a better way of transporting man into the natural world.

For all those who said it couldn't be done: yes, we can. As humans, Elon Musk's, and Tesla's, determined, methodical approach to a different way of "getting there" is proof positive that human beings can progress less destructively.

Can we find a way to make wheels out of recycled plastic, next? xo No pressure. Smile.
Posted by Dawn M. Nevills at Wednesday, February 05, 2020 No comments:

"Happy Everything" on Coronation Day 2013!

"Amidst the Greenery and Glow"

"Dock Daw" with Lilley and Max

"Alert: internal reignition required. Over. Come in, Security Pumpkin 2. Over. Confirm. Over. "

Mysteries of the Universe

"A Hilarious Day in the Garden"

Dawn M. Nevills
Inwood, Ontario, Canada
This author's book, "Rock Woman at Rest" is available at iuniverse.com, Sarnia, Ontario, "Cheeky Monkey Records", downtown Sarnia, and "The Stardust Lounge Bookstore", Sarnia, Ontario...and from the author, signed. "Poems from Butterscotch Cottage" available at iuniverse.com, "Cheeky Monkey Records", downtown Sarnia, and via the author, signed... "Poems from Butterscotch Cottage" available through Xlibris.com bookstore, in person at "The Petrolia Bookstore", Petrolia, Ontario, "The Cheeky Monkey" records, downtown Sarnia, and from the author, signed with a personal message, if buying as a gift. Both are available on loan from the Lambton County Library system, if you would like to read them for free, and can't afford your own copy. Visit and sing along with her to "Throw Another Log on the Fire" at http://www.reverbnation.com/dawnmnevills#1 Original artwork for sale at http://www.ButterscotchCottage.vpweb.ca, http://www.etsy.com/shop/DawnMNevills or this website. Contact: DawnMNevills@butterscotchcottage.vpweb.ca or duty@brktel.on.ca or dawnmnevills@myspace.com or DawnMNevills@yahoo.com.ph